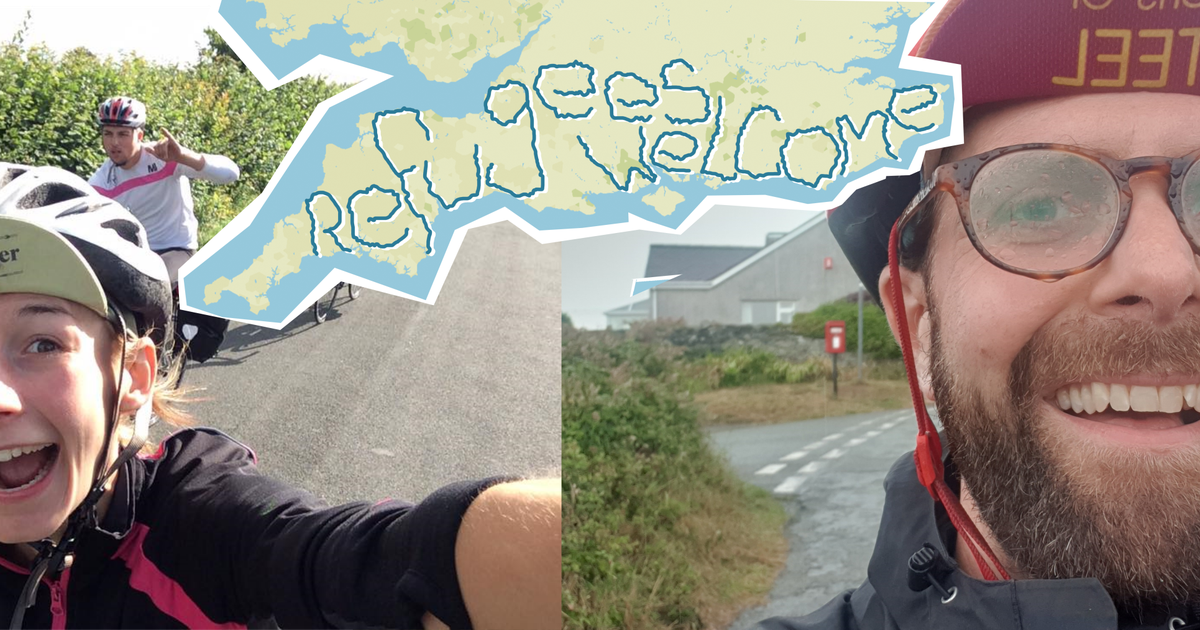 We've just heard that Thighs of Steel cyclists have raised a total of £81,428 for Choose Love in 2021. So here's one final big THANK YOU for your generous donations! …

So here's one final big THANK YOU for your generous donations!

Choose Love has now granted that money to seven grassroots organisations that work for refugees and asylum seekers in both the UK and on the borders of Europe.

In London, for example, your donations have paid the entire salary of a part-time administrator for Salusbury World to help more young refugees and their families access services including housing support, English classes and after school clubs.

Over in Greece, your donations will help support three organisations that work for a more just asylum system, not only in individual cases, but also for everyone through 'impact litigation' at the European courts.

You can read more about these organisations and how your donations are having a real impact on the lives of refugees over on our website: https://www.thighsofsteel.com/reason.html

Hello! We're Georgie and David and, between us, we'll be cycling the whole Guinness World Record-breaking Spell It Out route. That's over 2,400km and more than 3 times the height of Everest in hill climbing - yikes!

💚 WHY ARE WE DOING THIS? 💚
The British government is trying to make it almost impossible for refugees to claim asylum in the UK.

Home Secretary Priti Patel's Nationality and Borders Bill is putting the UK in direct opposition to the 1951 Geneva Convention by shutting down even more legal routes to asylum in this country. Incredibly, it will also criminalise the courageous, life-saving work of the RNLI.

That's why we're getting back on our bikes, cycling really really far and fundraising for grassroots organisations that offer refugees the welcome that our government withholds.

🚴 GEORGIE (26, Glasgow) 🚴
I have been a keen bean cyclist since I was 19 and found myself cycling the length of America, sort of by accident! Since then I have explored much of Scotland, Wales and New Zealand with my trusty Raleigh Capri (called ‘Sunny’).

I first got involved volunteering with refugee and asylum seeker communities while studying Arabic in Jordan in 2016, at the height of the crisis. I learned one heck of a lot about what it meant to be a 'refugee', what people had to give up and why people were forced to flee.

I now work with refugee and asylum seeker communities in Glasgow and it seems that people's journeys are being made ever more difficult by governments here in the UK and in Europe.

Spell It Out is an incredible challenge that I am so privileged to be a part of. We are both really looking forward to getting on the road, and rallying as much support as possible for Choose Love!

🚴 DAVID (39, Bournemouth) 🚴
I've been going on ridiculously long bike rides for ten years now, including two stints on the London to Athens relay with Thighs of Steel.

For me, bikes are the ultimate freedom machine, carrying me across continents, powered by nothing more than a croissant (or seven). I have also seen the transformational potential of bikes when put into the hands of refugees and asylum seekers, both here in the UK and in places like Calais, Athens, Chios and Samos.

Bikes give us both independence and community and I'm proud to use mine in solidarity with those fleeing persecution, conflict and torture.

I've been so lucky that I've been able to travel freely around the world, thanks only to the freak chance of being born in a politically stable, wealthy country. The sheer injustice that some human beings aren't allowed to cross borders makes me furious and anger is an energy, right? I hope so, because I've got an awful lot of cycling to do!

We are far from powerless. Please donate generously, make a noise and show the world that refugees are always welcome here.

Niamh D donated to Georgie and David Spell It Out!

Francesca H donated to Georgie and David Spell It Out!

Naomi M donated to Georgie and David Spell It Out!

Barrie C donated to Georgie and David Spell It Out!

Ray K donated to Georgie and David Spell It Out!